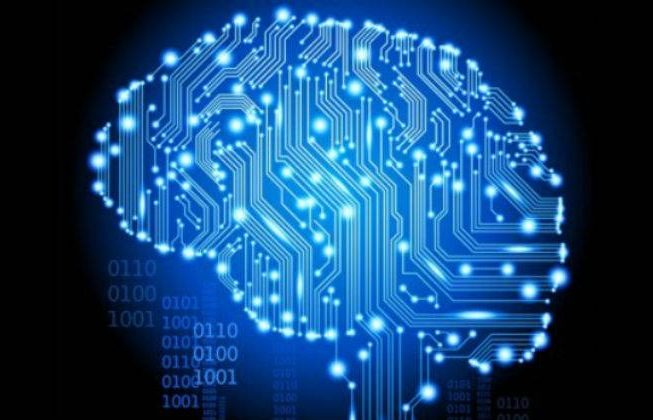 Our once-subservient machines are encroaching on tasks that have been firmly in the human domain.

Even seasoned carnival barkers might struggle to exaggerate the current feats of cognitive technologies. We now marvel at artificial intelligence-fueled creations that allow a teenager to win 160,000 parking ticket cases or an app to quickly diagnose health symptoms at a fraction of the cost of a doctor alone. The accomplishments are inspiring.

Unless, of course, you manage a law firm or medical practice now in the position of competing against these machines.

Cognitive technologies are artificial intelligence-based systems that increasingly do tasks that once required humans. We’ve seen rapid progress in these technologies in the past decade as processing power, machine learning techniques, and data collection combine for marvelous results. Extreme inventions, once concocted to make science fiction appear futuristic (such as real-time language translation) are now miraculously close. Our once-subservient machines are clearly encroaching on many tasks that were firmly in the human domain not very long ago.

When cognitive technologies increase proficiency at knowledge worker tasks, they will likely bring:

As cognitive technologies develop, what can organizations expect?

Reduced variation between organizations. In the most basic production function, organizations use processes to transform two components, labor and capital, into output. With technology progressively commoditized, labor — particularly technology-savvy labor — has become an important way for organizations to differentiate themselves from their competitors. This technology savvy talent has been difficult to get and, due to scarcity, a source of distinction and potential advantage. But cognitive technologies are explicit and codified in algorithms. As a result, labor will be increasingly governed not by the laws of atoms, but instead by the laws of bits. This shift in allegiance will bring both benefits (e.g., scale, low variable costs, replication) but also difficulties (e.g., theft, copyright infringement, obfuscation, complexity) typically associated with digital goods. Once digitized, skills currently embedded in labor can be duplicated and transferred. Like other non-exclusive information goods, they can be sold and used by multiple organizations at the same time.

What happens when everyone has access to the best algorithm and can be state of the art? At an extreme, it would be difficult for organizations to differentiate through the “stars and superstars” of the second machine age if the superstars can be entirely embedded in an algorithm. The result may be more consolidation within industries as organizations are less differentiated by labor.

Shifting composition of organizational activities. Organizations are a bundle of numerous activities, some more profitable for the organization than others. The more-profitable activities subsidize the less-profitable. For example, at universities, tuition for a large, auditorium lecture class is typically the same as a small, interactive seminar. But cognitive technologies are likely to first supplant the large lectures, leading to state-of-the-art, optimized courses available from sources outside the university. Without the benefit of large classes within the university, smaller classes that still require human instructors may no longer be viable. Conversely, if cognitive technologies replace activities that are less profitable or pure expense, such as payroll, resources may be freed for other activities. The net effect of these will depend on the complex mix of activities within each organization and, furthermore, interdependency within that mix.

Both substitution and income effects. Augmentation of human labor with cognitive technologies may be easier for us to adapt to than being replaced entirely. Ever since the first person who found that banging with a rock hurt less and was more effective than banging with a bare hand, people have acclimated to many technologies that help us work better. Much of the concern about cognitive technologies regards the potential displacement of workers as labor becomes cheaper overall.

However, relative price changes between components are more complex than that. Yes, there is the substitution effect as more of the cheaper component (i.e., cognitive technologies) is consumed relative to the more expensive component (i.e., human labor). But there is also an “income effect” as the overall price reduction allows more consumption of both. For example, as cognitive technologies become increasingly adept at financial advising, they will take over many aspects of financial advising that currently require humans, with the remaining tasks that are not yet amenable to cognitive technologies still done by humans. If the effect is a reduction in overall costs of financial advising, demand for financial advising will increase, potentially creating a net effect of more demand for the still-human services, not less. By analogy, the fact that a car can drive itself, and even figure out the best route, doesn’t give it the ability to pick the destination.

These changes are happening slowly but surely. Every day, artificial intelligence gets better and better at doing knowledge jobs. Progress may be imperceptible, but it is relentless. People may be wistful for simpler times, remembering the positives but forgetting the difficulties. Stopping advances isn’t really an option; once invented, these technologies won’t disappear.

Sam Ransbotham is an associate professor of information systems at the Carroll School of Management at Boston College and the MIT Sloan Management Review guest editor for the Data and Analytics Big Idea Initiative. He can be reached at sam.ransbotham@bc.edu and on Twitter at @Ransbotham.